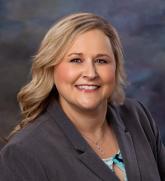 Chanda was born in Northwest Oklahoma, near Arnett, OK. She grew up in Arnett, and graduated from Arnett High School in 1992. She has been working as an LPN (Licensed Practical Nurse) for over 20 years, and has experience in multiple areas of medicine, including family and internal medicine, ophthalmology, and geriatric care. She has been quite excited to expand her skill set into the world of neurology.

She enjoys being outdoors, watching all sports, traveling and spending time with family and friends.

Jennifer is a native to the Denver, Colorado area where she grew up and lived till moving to Stillwater in 2009 with her Husband and children. She is a mother of three and a grandmother to one. Jennifer enjoys spending time with her family and friends, traveling, cooking, and cheering on the OSU Cowboys.

Jennifer has been in the medical field for more than 20 years. She began her medical experience as a certified nurse’s aide in 1993. In 2000 she furthered her education and became a certified phlebotomist. After phlebotomy school she worked for a lab and then began working in a dialysis clinic. In 2008, Jennifer attended the Cambridge College of Denver, earning her Certified Medical Assistant credentials. After completing medical assistant school, she went on to work for a family practice in Colorado before moving to Stillwater. Since moving to Stillwater, she has worked in a variety of clinical settings including a pain management clinic and a dermatology clinic before joining Stillwater Neurology. She looks forward to expanding her knowledge in the medical field while growing with Stillwater Neurology.

Jennifer Steele is a Stillwater native. She graduated from Stillwater High School in 2006, where she was a member of National Honor Society and then attended Oklahoma State University. Prior to joining Stillwater Neurology, she enjoyed the luxury of being a stay-at-home mom for six years to her daughter Emma. She attended the Institute of Health Sciences for her EEG training and credentialing which included extensive clinical experience at the University of Oklahoma Health Sciences Center.  Jennifer enjoys being a mother to Emma, being a part of the Stillwater community, and being a key member of Stillwater Neurology. 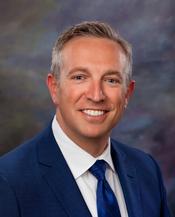 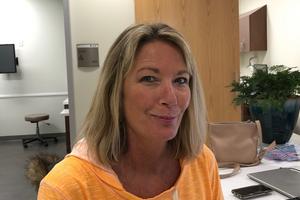 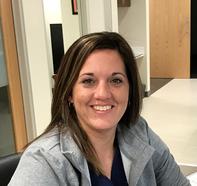 Olivia was born in Cushing, Oklahoma and raised on a 40-acre farm south of Glencoe, Oklahoma.  During her high school years she was active in FFA, basketball, softball, and FCLA.

She is a mother of 2 girls and 2 boys, and has been happily married to her husband, Travis, for over 16 years. During her free time she enjoys spending time outdoors, especially at the lake with family and friends, traveling, watching college basketball and football either on TV or in person.

Olivia graduated nursing school in 1998 from Meridian Technology Center.  Her past nursing experience has been in pediatrics, nursing home, hospital rehab, home health, and family practice.  She is looking forward to expanding her career in the Neurology field.

Jessica is a native of the Stillwater area, graduating from Yale High School in 2003 where she was in National Honors with the Central Vo-Tech in Drumright, OK. She studied multiple subjects in the medical field to include: CNA/CMA, phlebotomy, first responder, and surgical technology. Jessica  Enjoys spending time with her husband, Will, who is a law enforcement officer for the City of Perry, OK, and her two daughters Amiaya & Jozlyn. Her daughters  keep her busy with competitive dancing and softball. In her spare time she enjoys going to the lake, family time, and enjoying OSU Cowboy football and wrestling. Go Pokes! Jessica joined our team at Stillwater Neurology in August 2016.

Amy is a graduate of Grove High School in Grove, Oklahoma, in 1997.  She attended Northeastern A & M College in Miami, Oklahoma graduating with an Associates of Science Degree in 1999.  She then transferred to Oklahoma State University to complete a Bachelor of Science in Microbiology.  After graduation, she obtained employment as a lab technician, completing research at Oklahoma State University College of Veterinary Medicine Department of Pathobiology.

After 3 years of research, she decided to further her education completing a Bachelor of Science in Nursing at the University of Oklahoma.  She worked as a registered nurse at Stillwater Medical Center for 13 years in the areas of pre-surgery, surgery, post anesthesia recovery room, and wound care. In 2016, she decided to further her education by returning to school to get her Master’s degree, completing her Master’s Degree as a Nurse Practitioner in 2018 from Graceland University in Independence, Missouri.  During her last 1.5 years of nurse practitioner school, she began her training with Dr. Wedlake to further her neurology education prior to starting full-time in May 2019.

In her spare time, Amy enjoys spending time with her family (her husband, Jimmie, and their 10-year-old son Teagan and 6-year-old son Cooper), reading books, completing jigsaw puzzles, and being outdoors. She is excited to be a part of Stillwater Neurology working in conjunction with Dr. Wedlake to help our patients achieve full and independent lives, and not be limited by their neurological ailments.​

Dr. Wedlake is a Stillwater native, born and raised right here in Stillwater, OK.  He is a product of the Stillwater school system, and graduated from Stillwater High School in 1998. Following the completion of his secondary education, he volunteered for military service with the United States Army, serving a 3-year tour with the prestigious 82nd Airborne Division at Ft. Bragg, NC as an airborne paratrooper. He was awarded an honorable discharge in 2001, after which he returned promptly to Stillwater to continue his post-secondary education at Oklahoma State University, where he studied microbiology/bacteriology eventually earning a Bachelor’s Degree from the Department of Microbiology and Molecular Genetics. Prior to graduation from OSU, he was awarded the “Outstanding Senior” award in science from OSU.

He then attended medical school at the University of Oklahoma College of Medicine, earning his medical doctoral degree while also being named the outstanding student in endocrinology/neuroendocrinology of his graduating class. He decided to continue his post-doctoral specialty training in the field of Neurology at OU, where in his final year of residency he was awarded the honor of serving as Chief Resident of the Department of Neurology. Following the completion of his residency training, Dr. Wedlake, along with the other founding member of Stillwater Neurology, Dr. McCoy, decided to return to Stillwater to open a Neurology practice to further serve the Stillwater and surrounding communities.

In his spare time, Dr. Wedlake enjoys spending time with this family (his wife Jamie, their 10-year-old daughter Kallie, and 4-year-old daughter Kinley), golfing, playing tennis, reading, and having “family movie nights” with Jamie, Kallie, and Kinley. He also has a keen passion for all things Neurology, and enjoys educating and helping people with neurologic disease. Dr. Wedlake also is a seated member of the Stillwater City Council, having been re-elected to Seat #3 in February 2020 for a 4-year term. He is excited, above all else, to be “home” in Stillwater, and takes great pride in continuing to improve the neurologic health of our communities!